Cultivated or in-vitro meat is attracting attention for its potential to improve animal welfare, reduce environmental impact and offer health benefits to consumers and society. As a result, such products may also be of interest to vegetarians, in addition to meat eaters, even though they have tended to be dismissed as a potential target group. However, such a general assessment ignores the fact that vegetarians can differ greatly in their type of diet (e.g. vegan, lacto-ovo, pescatarian), the motives which drive their eating habits, and with regard to how long they have done so. All of these factors could in turn influence whether vegetarians might be interested in cultivated meat. Thus, the aim of this study is to investigate the factors that influence acceptance of cultivated meat among vegetarians. Based on a survey of German vegetarians, we find that animal welfare is rated as the highest motive for why cultivated meat would be acceptable, followed by health and safety. Environmental aspects were less relevant compared to animal welfare, though such motives remained present for the decision to try CM. Furthermore, ovo-lacto-vegetarians, “new” vegetarians, and those who tend to eat conventional meat occasionally appeared to be the parties most interested in trying cultivated meat, and vegans and “established” vegetarians the least interested ones.

How Patent Protection Can Secure the Future of Alt Meat Lab-Grown Meat: What is it? 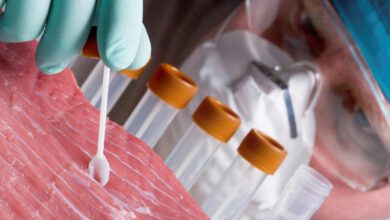